TO CANADIAN VETERANS – FROM TOM MARAZZO 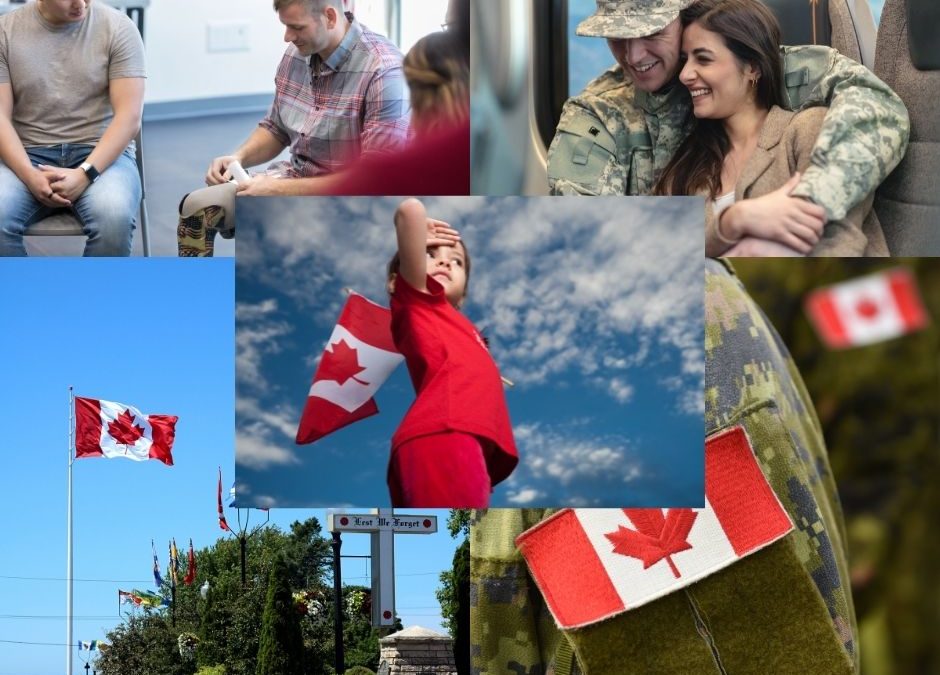 We must commit to bold action and moral courage because we know that our leaders have neither.

If things start to spiral out of control, and you are a former soldier, by that virtue alone you can be a leader in your community, that alone gives you a voice, and gives you some power within your community.

A Message to Canadian Veterans from Tom Marazzo

To My Fellow Canadian Veterans:

In 1996, I was on the second ever Assault Pioneer course that was offered to the Reserves and on that course, I met an amazing person named James Topp. James and I stayed in contact over the years. He was the type of person you can go almost a decade without seeing, but when you do see them, it feels like it was only yesterday since your last visit.

Ottawa needs to know the kind of man who is walking toward them right now. They need to know what this man has given to this country. I know the stories because he told them.

He spent a year in Bosnia, and he described it as absolutely horrific. He said the first three months were boring, and the next six months were terrifying, every waking moment of his life.  Then, the last three were boring again.

He suffered greatly while serving, and he suffered when he got home, at a time when no one acknowledged the suffering of Veterans. They do now, but when it was James’s turn, they didn’t.

I want to make sure Ottawa knows the character of the man who is marching across this country toward them now.

To All Canadian Veterans: Let’s be proud to be Canadian again! What The Military Taught Me

In 1998, I took my commission and became a Combat Engineer Officer. Then in 2000, I was posted at Garrison 2CER in Petawawa.

As an officer, I quickly learned that I was always going to be the bridesmaid, but never the bride. That meant I wasn’t going to get to do the cool stuff like EOD, Combat Diver, and Pathfinder. But wow, PER season was a wonderful time of year (sarcasm).

As some of you also know, Officers eat their young. Despite that, I always felt like I had a unique opportunity to be a good Officer, given my experience in the ranks.

About a year ago, I got into a discussion with a female army officer. She walked into my home and on her shirt, it said, ‘feminism is my second favorite f word.’

I was stupid enough to take the bait. You can imagine how quickly that conversation deteriorated.

At some point she stated that it was incredibly hard to be a woman in the military.

My response was, “Do you think I didn’t have to prove myself as a man in the army, in the combat arms trade? Did I get a free ride because I was a man? No, I did not. Every day I had to prove myself to be the alpha amongst alphas, even though I was the youngest person in the room.”

It was tough. It was incredibly tough. You don’t get a free ride, because bullets don’t care what sex you are.

We are judged on our commitment to the team, that’s what we’re judged on.

I know that in the past, some of you, men and women in the military, have gotten a raw deal.

I’ve had my struggles with the military as well. No one is untouched from it.

In a classic tradition, you know we all watch war movies with a very keen eye for detail. You know what I’m talking about. There’s a pretty good likelihood that at some point, you’re going to be yelling at your television screen and nothing’s going to change. Rambo is still going to fire a rocket out of a helicopter, which we all know is impossible.

There are a lot of classic lines, but there’s one that’s always stuck with me and it’s from the movie, Band of Brothers. Dick Winters is driving with Buck Compton, and he says, “Never put yourself in a position to take from these men.”

Your soldiers must believe, without a doubt, what you are willing to give to them and for them. Perhaps that’s why leaders always eat last. Sometimes the simple things are the most important.

It has become a core part of my value system, to give and not to take.

I’ll take my pension though; I still want that to keep coming. I earned my pension with a lot of pain.

Given the state of the military now, I have become wholeheartedly disappointed to see the lack of integrity coming from the current serving officers and senior NCO court.

This is due to the federal mandates. Except for a very few courageous, currently serving military members, like the four who took them to court, and the Major who blew up his career by doing a message of support.

I think sometimes it’s just ignorance and in other cases the reason is, “I’m following orders.”

I see it as the leadership’s betrayal of the soldiers, sailors, and airmen, by their cowardly refusal to push back against their government and their chain of command.

I do honestly feel that the current Chief of Defence Staff (CDS) is a disgrace to his uniform.

The stories of harassment against the unvaccinated, in Petawawa and in Edmonton, is unconscionable to me.

As Drew said in the article with Barbara Kay, “it is the managed decline of the Canadian Armed Forces.”

In 2015, I was medically released from the military, and I qualified for a vocational rehabilitation program. I went back to school for four years full time, and believe it or not, I applied for seventy jobs, and got two interviews. I didn’t get any offers.

This is Canada, it’s not a military culture. Our civilian population doesn’t know us. They don’t know what we can do for them, until they give us a chance, which is rare.

You must accept that we’re not in America. We don’t use our military as a steppingstone into a further career like the United States. That’s just not our way. But once employers do find us, they never regret it. They know who we are and what we can do and what we can bring, and they’re always shocked, in a good way.

When I was released, I learned the meaning of a new word … ‘institutionalized’.

When I left the military, I knew it was time. I did twenty-five years in total. I knew it was time to leave but I went from being Second Command of all the infrastructure on the largest Air Force Base in Canada with a fifty-million-dollar operating budget and three-hundred people to look after … to five weeks later, being in a classroom with seventeen-year-old kids who still lived in their parents’ homes.

This was my new peer group. They didn’t have to change, I had to. As a soldier, I learned to adapt to my environment. It’s one of the biggest things we’re good at. We go into a new place, and we acclimatize, we adapt, we blend in, and be what we need to be in that moment.

It was my responsibility to change who I was to adapt to my environment. It was difficult to learn with seventeen-year-old kids who could not speak my language and who could not understand my mentality.

I didn’t know how to fit in, but I knew this was going to pass. I knew that sometime in the future this would be behind me, and I would look back on the military with fond memories.

A True Funny Story about a Canadian Veteran

Years ago, I was posted to the Niagara region at the Armory on Lake Street, and we got in a new warrant officer, Doug Shepard.

He spent most of his career in the airborne regiment. He’s bald, tattooed from head to toe, he’s extremely fit, and I want to say he kind of looks like a Southern Alabama Cracker. Think, Mr. Clean from the Airborne Regiment, without the earring.

He gets posted into the city and he moves his wife and two boys to the worst possible area of St. Catharines. It’s the worst. It’s horrible, but he’s a fitness freak so he’s out going for a jog, and he’s got his two boys on their bikes out ahead, and he hears the beat of rap music, boom boom boom, and he wonders what’s going on.

The boys are going ahead and he’s starting to get a little nervous and he looks back as every military person would, and he sees the car slowing down and he tells himself, tighten it up, don’t get too far, and now they have his full attention.

He looks back and the window comes down and smoke comes out of the windows and he’s now starting to get right up to red light and the car is coming up behind him and it’s getting closer and closer but it’s slowing down and slowing down. Finally, he turns to them, and he says, “You got an f’in problem?”

And, the driver says, “No man, I’m just waiting to turn into my driveway.”

That is an absolutely true story.

Why do I bring it up?

Because for all the somber stuff I’ve talked about and all the things you’ve heard from veterans and other military people, it’s our sense of humor that pushes us through the darkness. It’s the laughter we can find in any situation no matter what, and that’s not just confined to the military. The police do it, nurses do it, doctors do it, construction workers do it, truckers do it, mothers do it, fathers do it, and everybody else does it.

It’s not ours to own but it’s the way we human beings cope, by finding the most entertaining thing out of a horrific situation.

That’s why we will always continue to thrive as human beings.

Let’s be proud to be Canadian again!

Together we have the power to do the right thing. The most important thing we are going to do with Veterans for Freedom is build a phenomenal reputation with municipalities and law enforcement agencies.

We want anxiety in the cities to disappear so other organizations can come in and do great work.

We aim to always make everything we do, safe, responsible, and respectable, no matter what lies they tell about us in the mainstream media. We will always be dignified in everything we do, in the media and through our actions, and even at these events that we support. We must do this.

We must be beyond reproach. That is the only way we are ever going to be respected by the communities that are holding events, the municipalities, and law enforcement, and this is how we avoid having police officers beat the living s*** out of Canadian Veterans in front of national war memorials.

If our society descends into absolute tyranny, we must become leaders in our own way.

We must apply all that we have learned and help our communities.

We must commit to bold action and moral courage because we know that our leaders have neither. Well, they have the bold action when it suits them to call you names like misogynist and racist, instead of respecting the fact that you’re Canadians above all else.

Let’s be proud to be Canadian again!